Posted by nizang at 2:36 AM No comments: 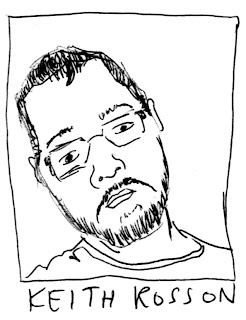 Keith Rosson started with the DIY culture in the late 90’s and galleries. He has participated in nearly three dozens group exhibitions over the past twelve or thirteen years.

He’s also an illustrator and graphic designer, having done work for bands such as Against Me!, Hot Cross, Submission Hold, Amanda Woodward and more. When he’s not painting pictures of floating wolf heads or rabbits in gas masks, he works in education.

This two-person exhibition with Mario Robert marks the last show he’ll be having on the west coast (or anywhere) for some time. Over 80 paintings old and new were exhibited.

He grown up with comic and punk culture and his arts are strongly influenced by these two elements. 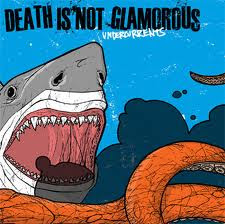 Posted by nizang at 2:00 AM No comments: 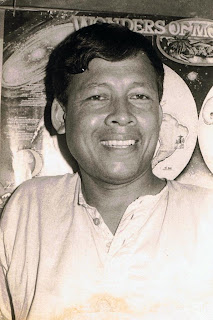 Even though he loved drawing, he joined Malaysian Army right after he left school because at that time, being a cartoonist might not be able to guarantee the future life. He joined the army about three months after his debut comic was published in Gelanggang Filem magazine.

As a cartoonist, Rejabhad applied the basic principles of comics that comics functions to criticize certain issues lightly. Because Rejabhad was born before Malaysian independence, he is well-known for drawing comics according to latest events but with traditional, classic strokes. In addition, he often used philosophies in the dialog boxes in order to make his comics even more interesting. 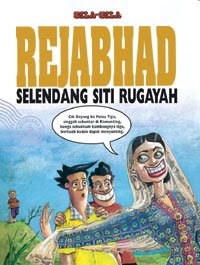 Posted by nizang at 1:45 AM No comments: 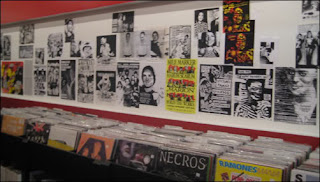 Aaron Cometbus is well-known for his writing and his bands, but his distinctive Xerox-style artwork hasn’t gotten it deserves. His first official art show happened at 1-2-3-4-Go Records in Oakland through the end of February. The show displayed his flyers art, record art and personal archives. It also showcased among others a barely-seen innovation of flyer for a club’s last show, with photos of and word-bubble quotes from regulars about its importance.

The message behind his artwork is more than manipulations and intricate patterning. It’s the right of flyering as a freedom of speech for the underprivileged.

His working methods have always been fascinating. He used Kodak IM-40 for halftones and reversals; no one could ever achieve the same effect on the same machine. Some tricks are hinted at this show by revealing different stages of work.

Unlike a conventional art show, nearly all of the pieces are photocopies and none are for sale. Xeroxing or silk-screening became an integral part in his creative process. Without that final step, to him the work feels incomplete which is why copies are showcased rather than the original cut and paste. 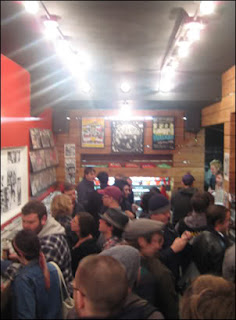 Underground comix are small press, self-published comic books. They differ from mainstream comics because not forbidden by Comics Code Authority. They were popular in the US (1969-1975) and UK (1973-1974). It was popular with the hippie, punk and other alternative subculture.

In 1982, comix were distributed through the emergence of specialty stores. Early underground comix are still on sale today alongside recent underground publications.

In the US, underground comix emerged in 1960’s as antithesis against mainstream comics. Early comix focused on subjects such as drug using, politics, rock music and sexual intercourse. These titles were termed "comix" in order to differentiate the comics from mainstream publications. 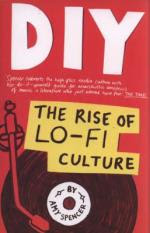 The DIY movement is about using anything available to create your own subculture entity, things that are missing in the mainstream market. DIY zines, albums, books and movies are some of the things that any random people can create. This underground scene goes against the grain and produce unique and fresh arts, regardless it will sell or not. DIY culture evolves with rapid technology and gives alternative to it. As opposed to mass media which promotes consumerism, DIY culture encourages people to contribute and produce something on their own. Independent magazines and newspapers are also having the similar ideas and purpose which is to put words into print. The big ideas is if you can’t find the cultural experience you are looking for, create your own alternative.

Posted by nizang at 8:56 PM No comments: 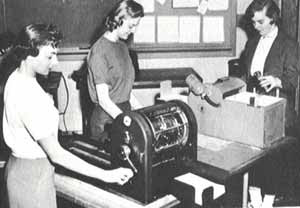 Fanzine and self-publication history can be traced from the invention of the printing press. Large scale printed sheets in various sizes with text reporting news were, satire and literature, and religious thoughts also self-published in that era, to spread message to a wide audience.

Little-magazines or self-published political publication emerged just before and after World War 1 period (1950’s) that’s also quite similar to fanzines. Then came Dada publications that can be said as proto-zine which also self-published for pleasure or creators and readers, short-lived and ignoring all standards and rules. After that there were surrealist journals that were also self-published.

The mimeograph revolution came into picture in 1930’s and was at the high stake during World War 2 with hundreds of zine-like resistance publication produced by leftists. Fanzine was invented by science-fiction enthusiasts in 1950’s. It typically focuses on concepts, rumors, fads and similar phenomena rather than commercial promotion.

Posted by nizang at 8:44 PM No comments:

Email ThisBlogThis!Share to TwitterShare to FacebookShare to Pinterest
Labels: knowledge 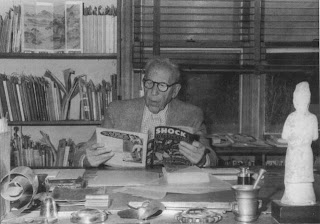 In 1948, Association of Comic Magazine Publishers (ACMP) was formed by some comic publishers. The goal is to set guidelines for comic books to be published and reduce the criticism against comic. They set a board of people who will approve the comic before sent to print.

Just before that, a mass burning of comic books happened after a house to house collection was made by the citizens of Binghamton, New York on December 20th 1948. It was reported by Time magazine including a photo of that event with kids watching in the background.

Dr. Fredric Werthham was the scariest thing happened to the comic culture. He was a highly distinguished psychologist who thought comic books were bad for kids and effort to totally ban had a lasting impact until today.

He studied children and wrote in his book Seduction of the Innocent that comic is the major cause of juvenile delinquency. He also stated that comics gave wrong ideas about physics laws because Superman could fly, Batman and Robin characters re-enforcing homosexuality and Wonder Woman was giving little girls the "wrong ideas" about a woman's place in society. 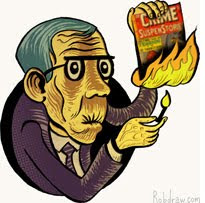 Posted by nizang at 8:37 PM No comments:

Email ThisBlogThis!Share to TwitterShare to FacebookShare to Pinterest
Labels: knowledge 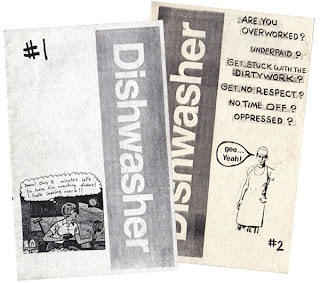 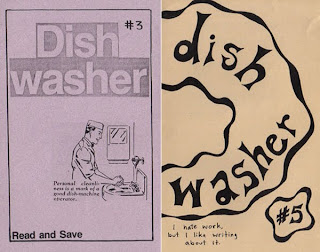 Pete Jensen, better known as Dishwasher Pete had set a goal to wash dishes in every state in America. He wrote about it in a zine called Dishwasher. He washed dishes professionally about ten years, in restaurants, hospitals, cafeterias, greasy spoon cafes, canneries and whenever there are dishes that needed to be clean.

He quitted a lot and can’t remember how many jobs he’s had. He had no home. He sold his zine for $1 each and made 2, 000 copies. He could have just make a living just by selling his zines but he refused to do so. This is because he thought he’d be too lazy to wash dishes, and then have nothing to write about.

He attended a half dozen colleges, with various majors, but never graduated. He just wanted to wash dishes.

Dishwasher Pete earns from $4.50 to $7.50 an hour in jobs that get no respect. But he did not need respect. He only wants to be left alone. "I do most of my writing in my head while I work," he said. "They rent my labor, not my mind."

He has no desire to move up the corporate ladder. When his boss offered him a promotion as a cook, he answered. "I'm a dishwasher, not a cook!"

He was scheduled to appear in Late Night Show with David Letterman in. Instead of appearing himself, he sent an imposter. But he sent his real self on the same show a year later, to talk about his book, Dishwasher.

Posted by nizang at 8:24 PM No comments:

Sandwich Skatezine is a skateboarding zine from Malaysia that was published from 1997-1999 (?) by Kuntai Crew. Kuntai Crew consisted of Pa'din, Fadzly and Lelixq. Pa'din is a house whole name and still one of the leading skateboarders from the country who represented in many competitions overseas as well as locals.

The skateboarders interviewed were

They used the tag line "Why Eat When You Can Keep".

The bands interviewed were

The crew went on to publish a glossy skate magazine called Revolution that were available at all news stands nationwide which marked the end of Sandwich Skatezine. 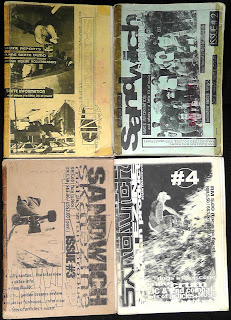 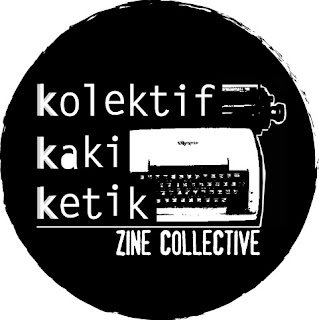 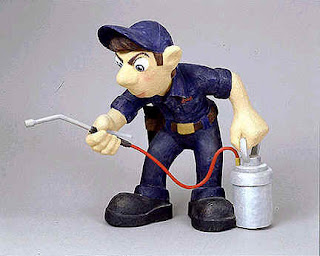 A few weeks ago, my sister found out that our house in Kuala Terengganu got attacked by termites. She first noticed these termites when she found my brother's birth certificate that became one of those termites' foods. Then she began to notice more and more books, magazines, and even the furnitures were all eaten by termites and another wood-eating creature. All her Chicken Soup books that she bought for more than RM500 were destroyed and also all her Readers Digest magazines got ruined and need to be thrown away too.

When the pest control people came, coincidancely I was there. They took out all the stuffs from under the stairs at our house, all hidden treasures that was put there when we first moved there in 1998. There were all sorts of stuffs; toys from our childhood days that made my nephew excited, winter clothing, my late father's 80's shirts and pants, books, my sister's scrapbooks, school yearbook and even work-out and health tools.

Some tips to share if the same thing happens to your place; firstly make sure you take out all the stuffs from your house first especially all the corners where the termites are playing and hiding. Second, make sure when the pest control people come, no small children especially babies are around in the house. It's quite dangerous I guess. The poison can kill all small animals including lizards and rats too. They'll drill holes on the floor and ground around your place and put the poison.

The house was still in a little mess after all the termite’s genocide fiesta. Should get cleaning for Raya soon.
Posted by nizang at 2:15 AM No comments:

check these out too